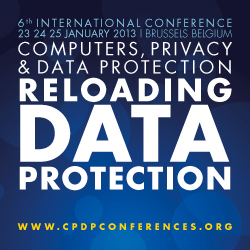 Data Protection policymakers have no clear rules for transfer of data to non-EU Cloud computing providers, citing the potential of “accountability” and “privacy-by-design” as reasons why each case must be decided ad-hoc. Some have suggested Binding Corporate Rules as a suitable paradigm, but can “audit” or technical measures that, in practice, allow the almost unlimited transfer of data to non-EU countries give any assurance against lawful but secret “Cloud-veillance” by a foreign state? And just how much awareness do EU cloud customers (both individuals and companies) have of this when they upload their personal data to the Cloud?

Because of this real and pressing risk to human rights and democracy, should Cloud data be eligible for any of the legal bases for transfer outside the EEA, unless purely political mass-surveillance in pursuit of foreign state interests can be averted? The panel will discuss technical and political developments in large-scale network surveillance, the evolution of the concepts underlying the legal structures envisaged for Cloud transfers, and the real impact on privacy rights and sovereignty over European data.

co-organised by the EU FP7 project TCLOUDS and CPDP

The panel will focus on the intersections between Cloud computing (and especially the new paradigm of Cloud of Clouds) and Trust and Privacy.

The state-of-the-art cloud computing enables seamless access to services and global availability of information, but inherent risks severely limit the application of this technology. The benefits of increased storage at reduced cost allow information to be made readily available. However, the current cloud computing model comes with perceived risks concerning resilience and privacy. There are three fundamental trends in ICT whose risks mutually reinforce each other: (i) the push towards an Internet of Services – most services are provided on the web as a platform; (ii) cost pressures drive a migration of ICT into so-called Infrastructure clouds; (iii) growing importance of ICT as the critical “nervous system” for socially relevant “smart” infrastructures – such as healthcare, energy, environmental monitoring, or mobility.

Protecting data and services in the cloud is important to governments, organizations and enterprises across all industries, including healthcare, energy utilities, and banking. Thus, the perceived security and dependability risks of cloud computing are limiting its application.

The TClouds project targets cloud computing security and minimization of the widespread concerns about the security of personal data by putting its focus on privacy protection in cross-border infrastructures and on ensuring resilience against failures and attacks.

co-organised by the Council of Europe and CPDP

The right to data protection has been increasingly regulated and specifically protected in Latin America over the past years and whether it is constitutionally upheld or not, articulation with the legal traditions (in particular habeas data) is being witnessed at national or sectoral level. This panel will explore:

In January 2012, the European Commission released the proposal for the reform of the European Data Protection Directive: whilst the principles and many key definitions have been retained, the proposal also contains significant changes. The balance in many key relationships has been changed – there is an increased focus on the fundamental rights of the citizen – there has been a move away from bureaucracy to a more ‘accountability’ based approach and a number of novel systems and features have been introduced to deal with the changing nature of data and data processing. One year on from its initial publication, this panel will evaluate the reaction to this proposal and consider its future.

One year on from its initial publication, this panel will evaluate the reaction to this proposal and consider its future.

co-organised by EU FP7 projects PRISMS and PACT, and CPDP

Privacy’s significance in the eyes of the public is often debated, and sometimes contested. This panel will focus on the following issues:

18.30 Cocktail introduced by Luciano Floridi (University of Hertfordshire and University of Oxford) and offered by Digital Enlightenment Forum

co-organised by LSEC and CPDP

co-organised by Leiden University and CPDP

continuation of the morning session

continuation of the morning session

Privacy Enhancing Technologies (PETs) and Privacy by Design (PbD) initiatives have been heralded as a way forward for addressing privacy concerns raised by the introduction of security camera surveillance systems. This workshop will focus on the development of one particular ‘smart’ surveillance system which attempts to:

The workshop will feature a demonstration of the technology in order to foster discussion of questions such as:

co-organised by EMSOC and CPDP

The use of unmanned aerial vehicles, commonly known as drones, has been widely discussed in the context of the fight against terrorism, but there has been little debate yet about their use in a civilian setting. Drones can be used for a wide variety of civilian applications that range from terrain cartography to goods transport and from disaster assistance to the monitoring of borders. Questions that this panel will address are the following:

14.00 Cyberwar and the Changing Nature of Warfare

This panel focuses on cyberwar as one of the drivers for the changing nature of war. Cyber attacks affect the hallmarks of war as set out by Stephen Neff in his ‘War and the Law of Nations’: they blur the distinction between war and peace; conflict is neither necessarily violent nor taking place between communities; enemies are oftentimes unknown and fervent debates on the application of the current jus ad bellum have been taking place for ten years at least. This panel seeks to assess the impact of these debates on the (legal) concept of war, including questions regarding the use of force, armed attacks and legitimate military targets. Furthermore, it aims to challenge mainstream focus on death and destruction as determinative of a cyber attack’s qualification as falling under article 2(4) of the Charter or not.

Session 4: The right to be forgotten • Papers