Even if post Brexit-UK adopts the GDPR, it will be left without its “heart” 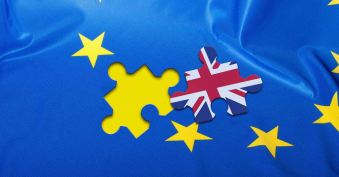 There has been lately a wave of optimism of those looking for legal certainty that the GDPR will be adopted by the UK even after the country leaves the European Union. This wave was prompted by a declaration of the British Secretary of State, Karen Bradley, at the end of October, when she stated before a Committee of the Parliament that “We will be members of the EU in 2018 and therefore it would be expected and quite normal for us to opt into the GDPR and then look later at how best we might be able to help British business with data protection while maintaining high levels of protection for members of the public“. The information commissioner of the UK, Elisabeth Denham, welcomed the news. On another hand, as Amberhawk explained in detail, this will not mean that the UK will automatically be considered as ensuring an adequate level of protection.

The truth is that as long as the UK is still a Member of the EU, it can’t opt in or opt out, for that matter, from regulations (other than the ones subject to the exemptions negotiated by the UK when it entered the Union – but this is not the case for the GDPR). They are “binding in their entirety” and “directly applicable”, according to Article 288 of the Treaty on the Functioning of the EU. So, yes, quite normally, if the UK is still a Member State of the EU on 25 May 2018, then the GDPR will start applying in the UK just as it will be applying in Estonia or France.

The fate of the GDPR after Brexit becomes effective will be as uncertain as the fate of all other EU legislative acts transposed in the UK or directly applicable in the UK. But let’s imagine the GDPR will remain national law after Brexit, in a form or another. If this happens, it is likely that it will take a life of its own, departing from harmonised application throughout the EU. First and foremost, the GDPR in the UK will not be applied in the light of the Charter of Fundamental Rights of the EU and especially its Article 8 – the right to the protection of personal data. The Charter played an extraordinary role in the strengthening of data protection in the EU after it became binding, in 2009, being invoked by the Court of Justice of the EU in its landmark judgments – Google v Spain,  Digital Rights Ireland and Schrems.

The Court held as far back as 2003 that “the provisions of Directive 95/46, in so far as they govern the processing of personal data liable to infringe fundamental freedoms, in particular the right to privacy, must necessarily be interpreted in the light of fundamental rights” (Österreichischer Rundfunk, para 68). This principle was repeated in most of the following cases interpreting Directive 95/46 and other relevant secondary law for this field, perhaps with the most notable results in Digital Rights Ireland and Schrems.

“As far as concerns the rules relating to the security and protection of data retained by providers of publicly available electronic communications services or of public communications networks, it must be held that Directive 2006/24 does not provide for sufficient safeguards, as required by Article 8 of the Charter, to ensure effective protection of the data retained against the risk of abuse and against any unlawful access and use of that data” (Digital Rights Ireland, para. 66).

“As regards the level of protection of fundamental rights and freedoms that is guaranteed within the European Union, EU legislation involving interference with the fundamental rights guaranteed by Articles 7 and 8 of the Charter must, according to the Court’s settled case-law, lay down clear and precise rules governing the scope and application of a measure and imposing minimum safeguards, so that the persons whose personal data is concerned have sufficient guarantees enabling their data to be effectively protected against the risk of abuse and against any unlawful access and use of that data. The need for such safeguards is all the greater where personal data is subjected to automatic processing and where there is a significant risk of unlawful access to that data” (Schrems, para. 91).

Applying data protection law outside the spectrum of fundamental rights will most likely not ensure sufficient protection to the person. While the UK will still remain under the legal effect of the European Convention of Human Rights and its Article 8 – respect for private life – this by far does not equate to the specific protection ensured to personal data by Article 8 of the Charter as interpreted and applied by the CJEU.

Not only the Charter will not be binding for the UK post-Brexit, but the Court of Justice of the EU will not have jurisdiction anymore on the UK territory (unless some sort of spectacular agreement is negotiated for Brexit). Moreover, EU law will not enjoy supremacy over national law, as there is the case right now. This means that the British data protection law will be able to depart from the European standard (GDPR) to the extent desirable by the legislature. For instance, there will be nothing staying in the way of the British legislature to adopt permissive exemptions to the rights of the data subject, pursuant to Article 23 GDPR.

So when I mentioned in the title that the GDPR in the post-Brexit UK will in any case be left without its “heart”, I was referring to its application and interpretation in the light of the Charter of the Fundamental Rights of the EU.

CNIL just published the results of their GDPR public consultation: what’s in store for DPOs and data portability? (Part I)