In an article titled “The Problem with Europe’s Strict Privacy Laws”, Christopher Wolf presents the story of Heinrich Boere, who recently invoked an EU privacy law to file a complaint against two Dutch reporters for secretly videotaping an interview with him at his nursing home. 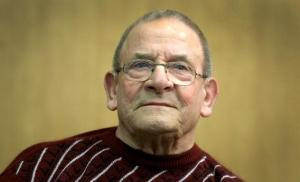 The paradox is that apparently Boere knows a little something about the dangers of invading people’s privacy. During World War II, he served as an SS commando and took advantage of the Nazis’ sophisticated databases to track down and kill suspected Dutch resistance members and supporters.

But he used a shield of privacy and anonymity for more than five decades to avoid detection and prosecution.

The interview in question contains a self incriminatory declaration of Boere.

The prosecutor of the case considered the two Dutch journalists should go to jail. The judge, nevertheless, balanced properly all the rights involved in the case and acquitted them.

An irony of the case against the reporters is that the roots of the strict European approach to privacy come from the Nazi era. During the Holocaust, Nazis like Heinrich Boere used their access to information about people as an integral part of their killing machine. Files with personal details allowed the Nazis to track down, inventory, and “process” the millions who were killed. That grotesque misuse of personal data underpins the strict EU privacy laws. There are limits on what personal information can be collected; for what purpose it can be used; and how long it can be retained. Individuals are empowered with control over information about them. Anonymous informants, even whistleblowers enforcing corporate integrity, are frowned upon.

If you want to read more about the story, check the original article HERE.

You also have HERE the story about how the two reporters were cleared.

I would only like to mention that, no matter how strict the European privacy laws are, they are not absurd and the judges always balance (or at least should balance) all the involved rights of the parties, just like in the case I presented today.

This site uses Akismet to reduce spam. Learn how your comment data is processed.