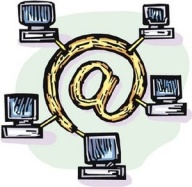 www.edri.org writes that a large majority of European parliamentarians demanded in two non-legislative resolutions that net neutrality should be enshrined in European Union law.

In the context of a non-legislative resolution on Completing the Digital Single Market, the European Parliament “calls on the Commission to propose legislation to ensure net neutrality” and urges Commissioner Kroes to end her ill-fated “wait and see” approach.

In a second resolution on a Digital Freedom Strategy in EU Foreign Policy, the Parliament additionally stressed that it “strongly supports the principle of net neutrality, namely that internet service providers do not block, discriminate against, impair or degrade, including through price, the ability of any person to use a service to access, use, send, post, receive or offer any content, application or service of their choice, irrespective of source or target” and “calls on the Commission and Council to promote and preserve high standards of digital freedom in the EU, in particular by codifying the principle of net neutrality”.

Following its resolution on net neutrality from November 2011, this is the second time that the European Parliament has asked the Commission abandon its laissez-faire approach on this crucial policy area. Research from the Body of European Regulators for Electronic Communications (BEREC) proves that operators interfere with traffic on their networks in socially harmful ways. They block, throttle and discriminate against applications, content and services that are competing with their own. The existing laws in many European Member States are inadequate to prevent such abuses of the open Internet.

The European Parliament’s vote showed once more that the Commission’s belief in transparency, competition and the possibility to change operators to sufficiently ensure network neutrality is inadequate.

“Users and innovators, not access providers, should continue to decide how they want to use the Internet if it is to continue to realise its potential as a barrier-free single market and as a unique platform for social and cultural activity and democratic discourse,” said Joe McNamee, Executive Director of EDRi.

This site uses Akismet to reduce spam. Learn how your comment data is processed.